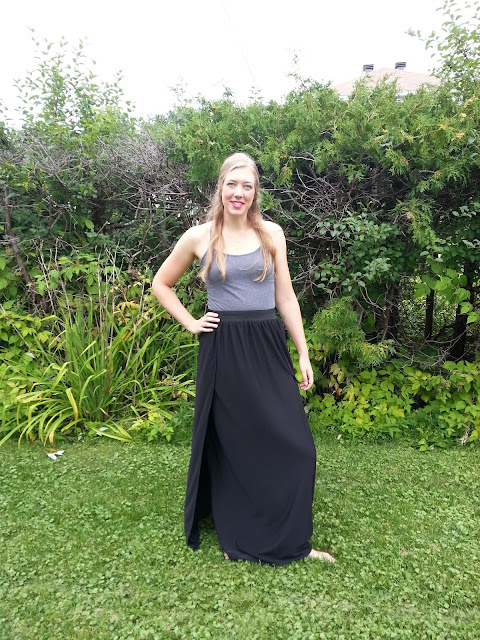 Usually I restrict sewing to selfish sewing, as the reason I got into sewing was to have clothing that fits me. That said, I will make exceptions. In this case, I sewed a maxi skirt for my 6'2" sister. This was before I took my first sewing class about a year ago, and it was based off this tutorial. I had to redo the waistband at one point because I accidentally attached it so that the part where I sewed the waistband together was right in the front, but I'm happy with how it turned out. 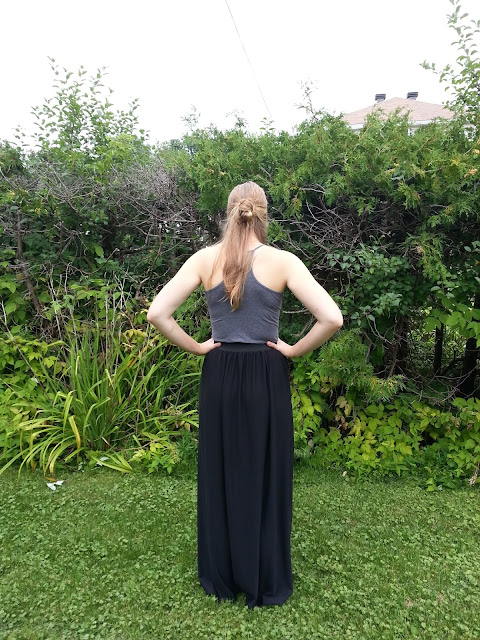 I really like the drape and volume that this skirt ended up with, and Elysia tells me that she gets lots of compliments on it. When I made it for her, she was living in PEI, so after I had assembled it I brought it with me with a bunch of pins to one of her basketball games and had her stand on a bench in the change room so that I could hem it to approximately the right length. 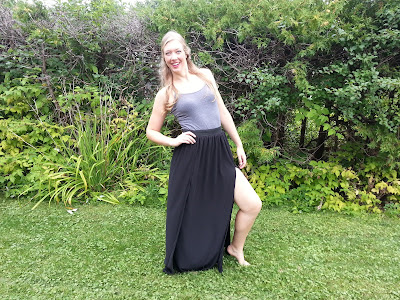 Thank you very much to Elysia for modelling her skirt, and to Sarah for taking the pictures. My next not selfish sewing will be a skirt for Sarah, and I will hopefully get pictures of her wearing it less than 10 months later. 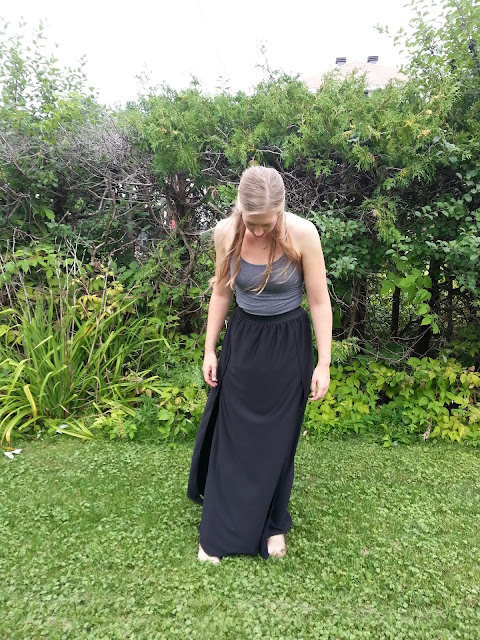 Pattern: Tutorial found via Pinterest
Material: Some sort of synthetic knit fabric from Fabricville
Modifications: Made to fit her, none required :) Everything was eyeballed, I think I overlapped the front and the back pieces by about 10 inches.
Learning: This was a lot of sewing in straight lines, so nothing new other than be careful where seam lines show up on waistbands.

Up next: Pants, for real this time! Or not, it might be another Charleston dress because I'm obsessed and found some really awesome fabric.
Posted by Amanda Carolyn at 11:40